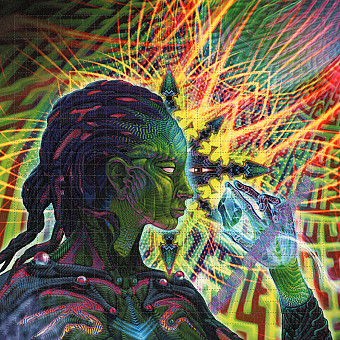 Luke Brown - Star Seed Awake. Double sided. Limited edition of 100 sheets, signed by the artist. Star Seed Awake was created during Luke's time in the Netherlands in June 2019. This print comes with a certification of authenticity.

This is part 7 of the Tensegrity 9-panel
To view Luke Brown's original artwork "Tensegrity", click here.

This is part 7 of the Tensegrity 9-panel