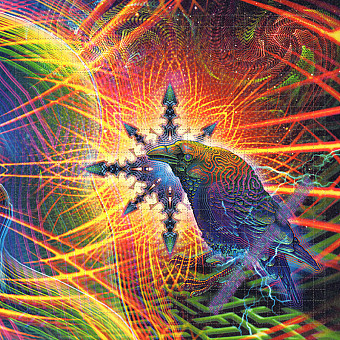 Luke Brown - Cosmic Crow. Double sided. Limited edition of 100 sheets, signed by the artist. Cosmic Crow was created during Luke's time in the Netherlands in June 2019. This print comes with a certification of authenticity.

This is part 6 of the Tensegrity 9-panel
To view Luke Brown's original artwork "Tensegrity", click here.

This is part 6 of the full Tensegrity 9-panel